This is a fabulous piece of award-winning animation about a boy, a cat and A Little Red Plane from Charlotte Blacker.

It was great to come across thiss just as I was musing on knitting and stop motion animation but that is definitely something for another day.

When the infamous DeadlyKnitshade of Stitch London fame announced the Stitch Science collaboration with the Science Museum, I happened to be watching Wonders of the Solar System. So when I speculated on whether a knitted Professor Brian Cox was an option, it seemed I was committed.

But we also wanted to engage Professor Cox in the whole event, so a couple of weeks ago there were a few tweets about a naked Brian Cox as below. 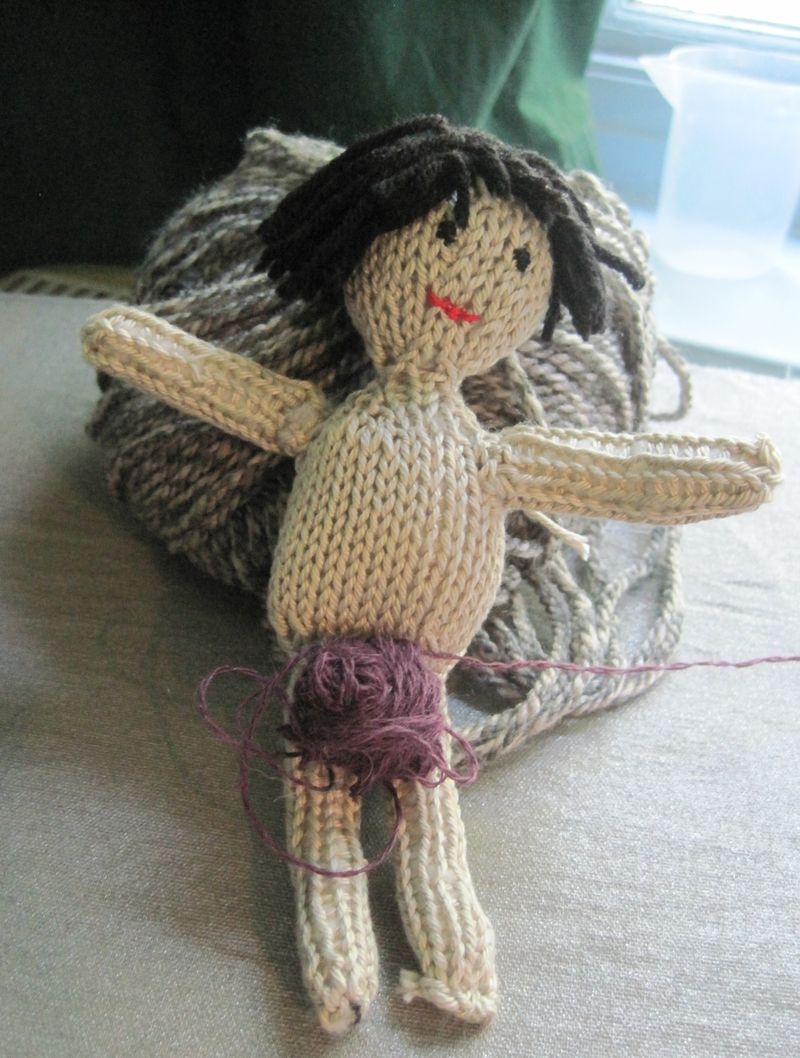 Unforunately no word from Prof Cox but perhaps he'll be happier now he has clothes and a volcanic crater. 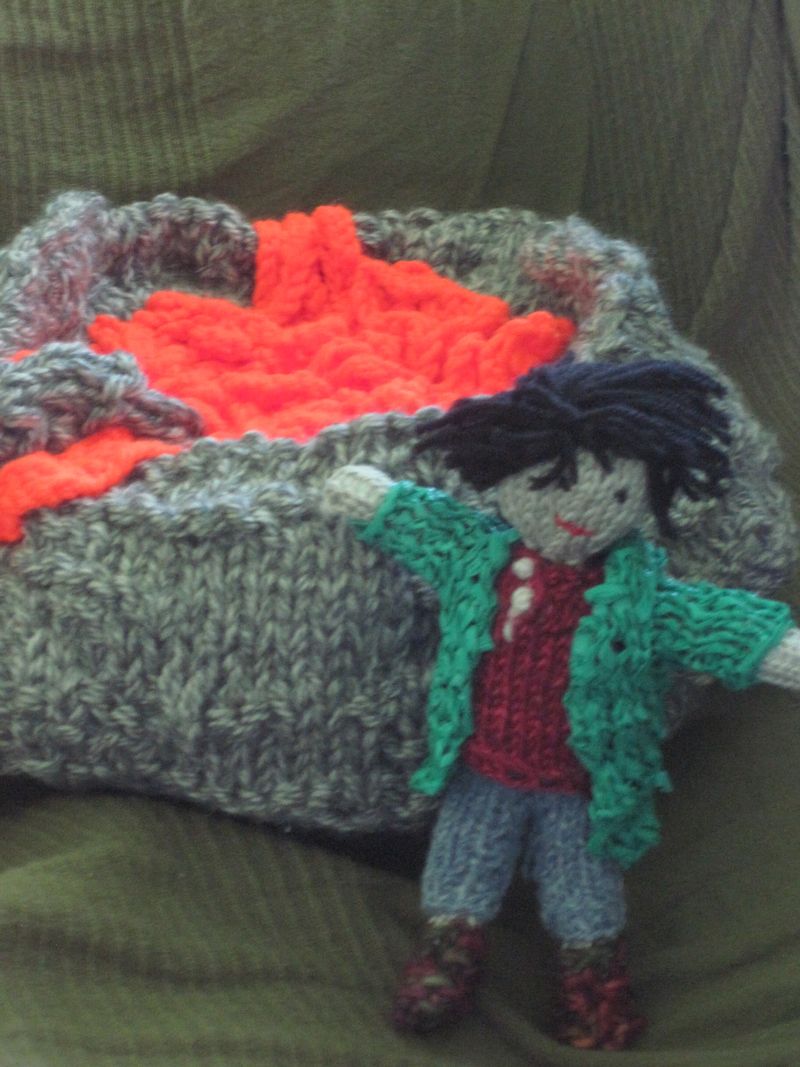 Outfit modelled on a selection of images from the series rather than the cool suited options.

Until about a year a I though of bamboo and knitting as all about the needles and then this skein of Wendy Happy caught my eye in a yarn shop in Dublin. 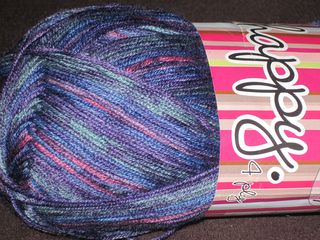 I bought it because it was a perfect match for a dress and the sheen made it a lovely choice for a shawl. It was only afterwards that I discovered this was due to it being 75% bamboo.

The drape of bamboo yarns makes them perfect for shawls and scarves but apparently the fibre has other important qualities - durability and being a natural anti-bacterial.

I had a vision of the great stands of bamboo you can see in islands in the Indian Ocean. But apparently it is much smaller shoots that are broken down for their cellulose.

Either way I've become a fan over the past year with quite a few bamboo-based projects.

An Aoelian shawl in the original skein of Happy. 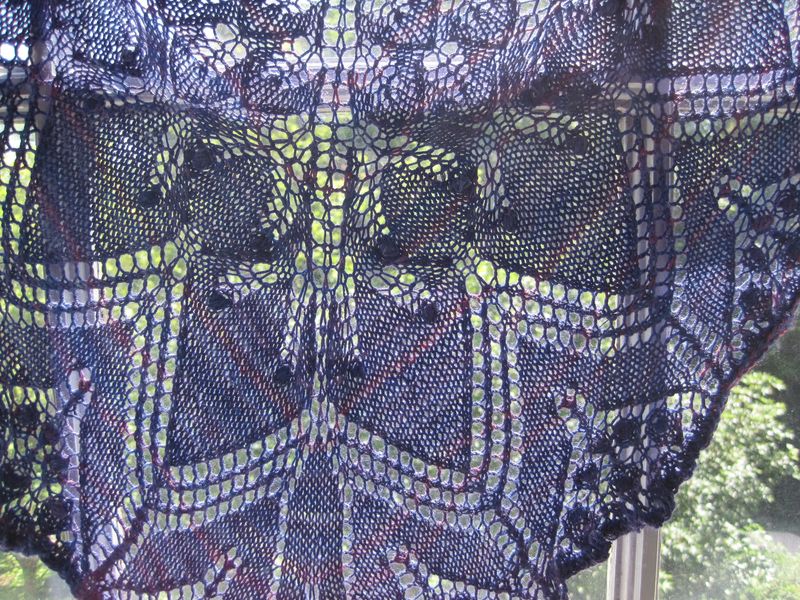 But it took a little more than a skein so I used the remainder of the second on a Lilac Leaf Scarf from Nancy Bush's Knitted Lace of Estonia. And picked up a skein in a different colourway  which became the Diamond Happy scarf for my sister (left).

Meanwhile at Knit Nation I won a skein of Old Maiden Aunt 80% Merino, 20% Bamboo whcih I turned into Dido by Åsa Tricosa(right).

Merino and bamboo works really well togather - spring and drape - as does Bluefaced Leceister and bamboo which I recently used for a test knit project in the form of Yarn Addict's Bamboozle.

I've also used 100% bamboo which knits a bit like cotton such as here (also featuringthe lilac leaf scarf in a duble bamboo moment): Back in December I was at a yarn fair when I came across a new hand-dyer Sweet Clement. Among a range of lovely colours my eye was caught by an intense pink and purple skein of Besotted - a wool silk lace yarn.

"Clement" was concerned that the pink would leak but I was besotted myself and so she kindly sold it to me at a reduced price.

Then it was a case of finding the right pattern - something that would look good with a black dress or coat with a bit of drama. I had decided on a stole when Voolenvine who presents the Yarngasm podcast pointed out the Rose Lace stole in Interweave Knits. A simple eyelet patterned body with intricate rose bud ends it was just the job for my 11 shawls in 2011 plan. 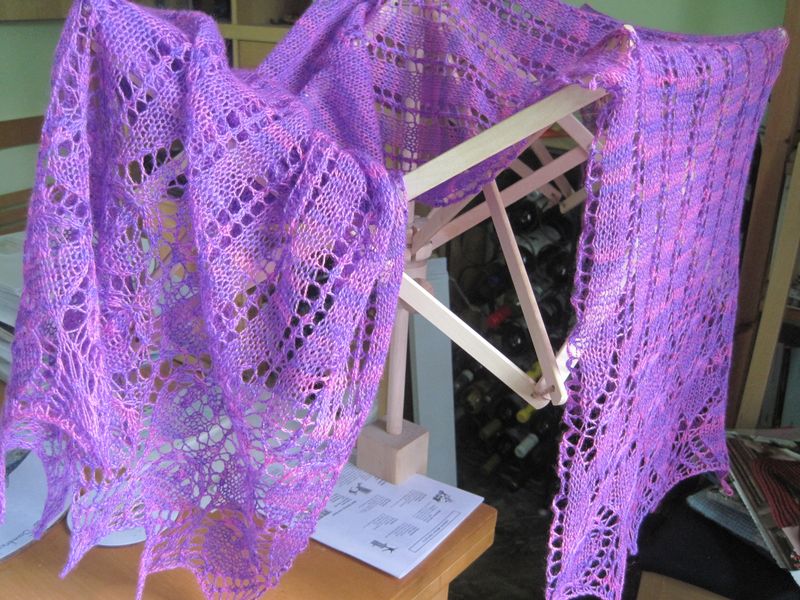 What I particularly like about this pattern is how the rose buds are formed, using a 7 in 3 technique. You insert the needle into three stitches as if to do k3tog, but instead work k1, yo, k1, yo, k1, yo, k1. When you purl back on the next row you have  seven stitches that sit almost in a circle on the triple loop of the three stitches. It's a beautiful effect as you can see on the bud petals here. 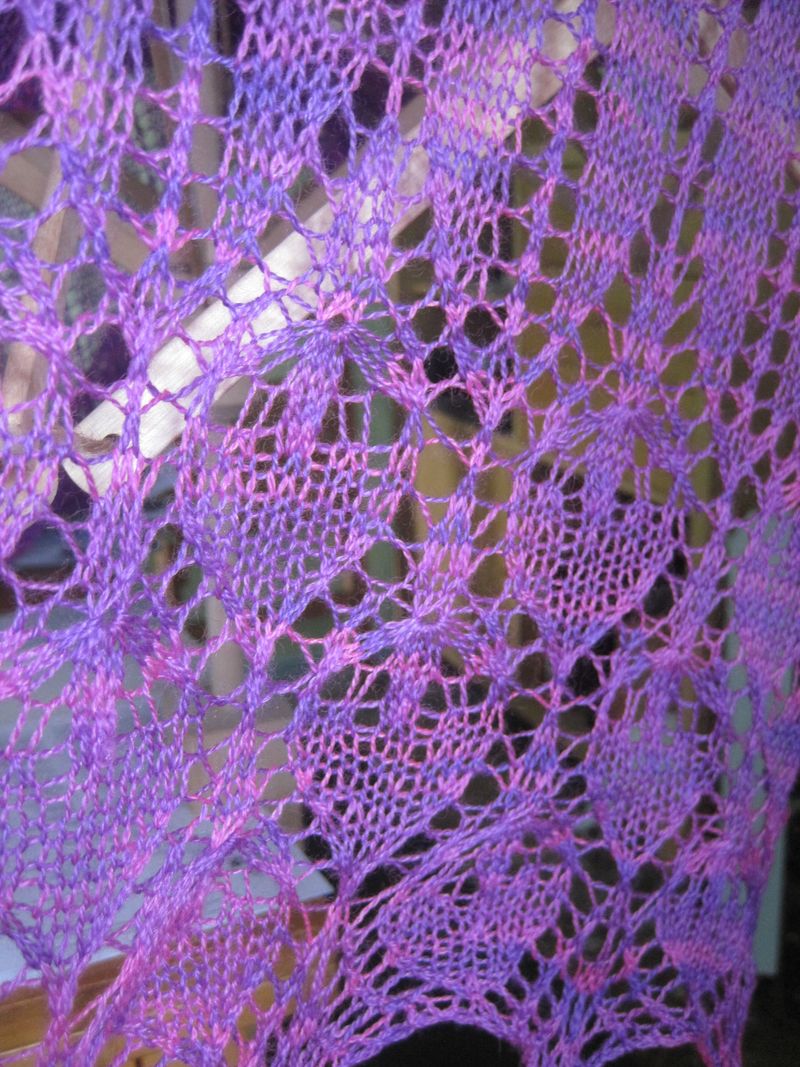 And as for the yarn. It is a lovely smooth base to work with and I had no colour leakage on to my hands as I worked which bodes well. And I still love the colour.