I recently had a day trip to New Lanark, the model mill village in Scotland. 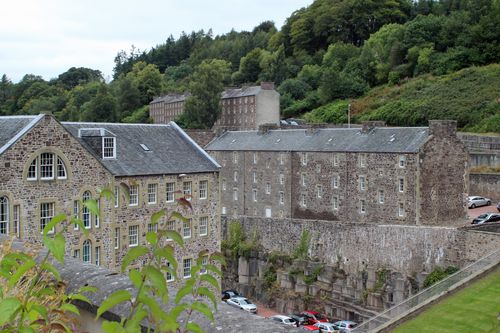 Prior to my trip I'd only really thought of New Lanark in terms of the lovely, hard wearing, great value knitting wool produced on the site and that people said it  was an interesting place for a day out.

That sounded good, especially with the shopping opportunities, but what I found was even better. I'm fascinated by social history and studied politics so the work of utilitarians such as Jeremy Bentham and early socialist idealists have always been an interest. It is also a world heritage site - and I do like to get to a few of those every year. 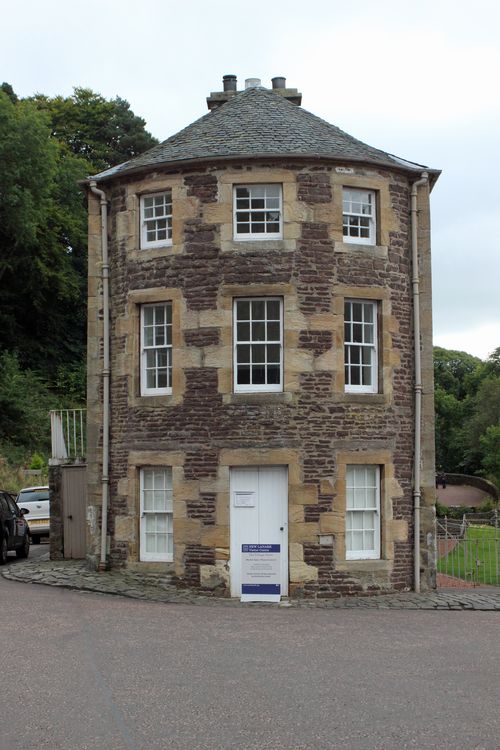 Early on the guided tour we were shown the office (above) of Robert Owen the second owner of the mills and the man behind most of the interesting social experiments that happened there. The guide pointed out that the curved design meant Owen could see right round the site. I immediately thought "panopticon" - one of Jeremy Bentham's big ideas. So it was exciting a few minutes later when she explained how Owen was a disciple of Bentham and had put his ideas into practice in New Lanark.

This meant good living conditions for workers (though not as nice as Owen;s), decent wages (comparatively for the time) and education for children. It also meant compulsory self-improvement for all and the concept of everyone being observed leading to better behaviour. Not all of Owen's ideas sit well with a modern audience but we learnt about the influence his thinking had on both the co-operative and the union movements. He is certainly someone I will read more about - especially his valuing skills.

After our education, we had some play on the pod ride telling us more about the history of the mills - Owen believed leisure and play were important too - and then we ended up on a working mill floor where knitting wool was being spun. 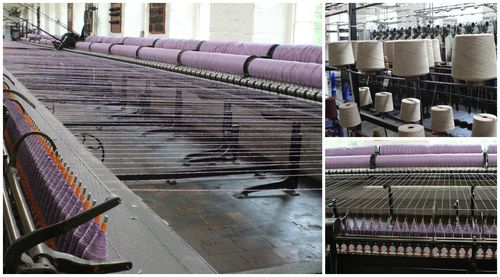 The machines are still powered by the river as they were back in the mill's heyday but the waterwheels have been replaced by modern turbine technology. And it was good to see that the site is more than a museum. The yarn business is a real commercial enterprise and so the machines were running to purpose and not just to show us that textile mills are busy and noisy.

In fact as you can see below the yarn coming off the machines was definitely desirable - but it was alright, there was a factory shop.

And if all that plus a roof garden and a waterfall isn't enough, we were delighted to follow our lunch by sampling the award winning ice cream flavours.

This is somewhere I'll visit again.

And yes, I did leave with a large amount of yarn. More on that as it turns into finished objects and patterns.

A little while ago I wrote about designing a square to be included the Yarn Stories blanket in support of the Knitting and Crochet Guild archive.

Just as I put the post up, I heard that my square was to be included in the blanket and that there was going to be a public vote to choose a winning square from the 10 designs chosen. 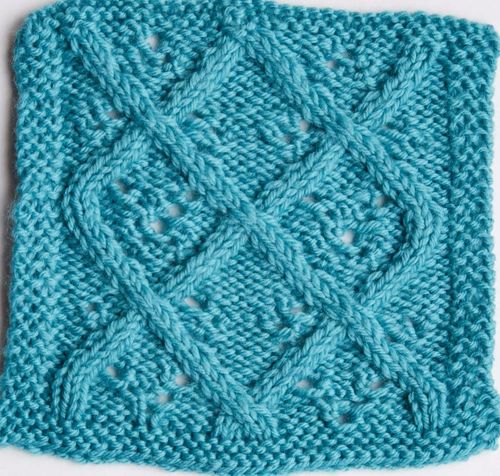 My square was knitted up in the Yarn Stories Iced Teal colourway - a colour that I happen to love, so I was very pleased - and featured on various social media platforms inviting people to vote.

Well, my square topped the poll so this week I popped along to the Yarn Stories stand at the Knitting and Stitching Show at Alexandra Palace to see the blanket... 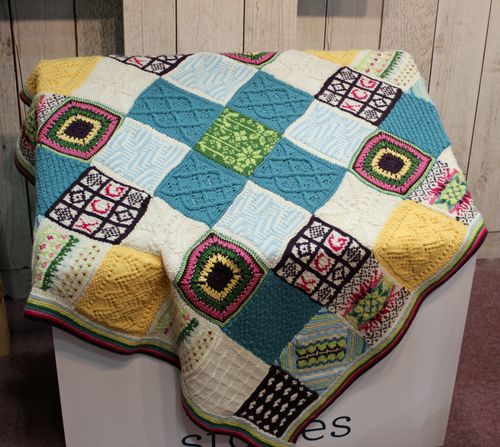 ... and have my picture taken with it. As you can see I was a bit flushed with success. 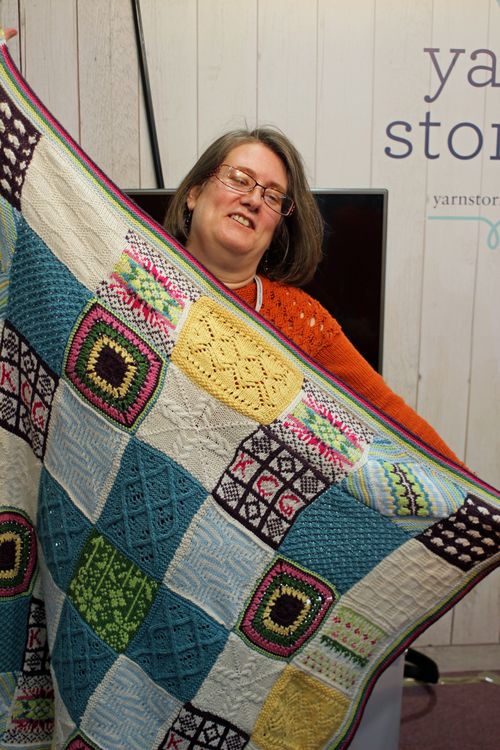 And here you can see all the squares and the very talented designers.