Crafts get the cookery show treatment

There has been a recent trend on daytime TV for shows such as Gok's Fill YOur House for Free  and Money for Nothing that encourage making and recycling, mainly featuring specialist craftspeople.

Now crafting and making it yourself has hit primetime with Channel 4's glossy cookery show style Craft It Yourself on Tuesday evenings. 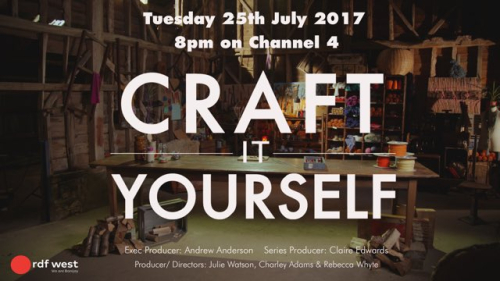 Having watched the first two episodes I am enjoying the show and noting good ideas but I suspect the audience will fall into two groups - the doers and the admirers (one of the factors that reminds me of cookery shows).

The doers are makers already, with big craft stashes and knowledge about at least some of the techniques on show. We're watching to see what crafts they include and to pick up ideas or tips. We're the equivalent of the cookery show fan with a bigger larder than Nigella's.

The admirers, I see more like the person who watches Masterchef while munching a microwave dinner. Equally here they are going to enjoy seeing the makes but are unlikely to hit Hobbycraft with a list on Saturday morning.

But perhaps some of the latter group will make that list and have a go and that is all to the good. 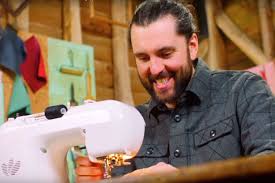 The three presenters, Robin Johnson, Clemency Green and Ant Anstead are all experienced makers but in the show they try crafts they are new to which means we see that things can be learned. Such as furniture maker Robin (above) taking up needlepoint and then creating a cushion cover.

Also every make is accompanied by three important pieces of information - cost, the time needed and the level of difficulty - to give viewers a realistic view of what's possible. The show mixes big projects with "mini-makes", quickfire projects that could be completed in an afternoon and offers a wide range of project types and materials. I'm certainly adding new items to my list of tings to try. 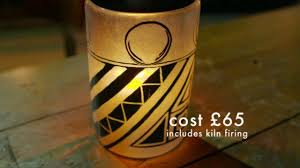 But as someone who loves courses and trying out new skills, I will keep watching for the "master craft " feature. Each week one of the team tries out a craft course you could take over a weekend. So far we've seen knife making which I now want to try and throwing pots (which I've just tried).

I think the show will draw in an audience in the same way as food shows do but after just two weeks on Channel 4 it is apparently shifting to More 4 - whether this is to do with sport, I'm not sure, but I hope Channel 4 will give the show a good go. If nothing else it may give more people an appreciation of what hand made actually involves in terms of skill and time.

Throwing, pinching, scratching and slabs - a taste of ceramics

As a maker and craft teacher, I really enjoy having the time to learn new skills or crafts.

One that I've fancied testing out for a while is ceramics, especially learning to use a wheel. So when fellow teacher and maker told me about an opportunity to take part in a group taster session she was arranging at The Kiln Rooms I was very excited and signed up right away.

The four hour session was divided into two parts. For the first half we concentrated on using the wheel and then learned about other techniques which meant we each had about and hour and a half actually attempting to throw our own pots.

We started with a demonstration of throwing techniques, including centring the clay (much tougher than it looks), creating an central well and raising and shaping the sides. 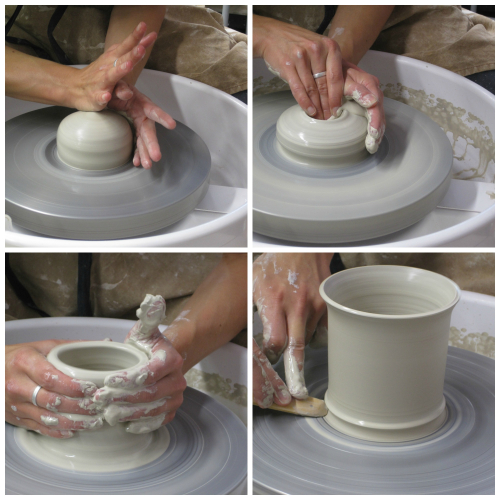 In the hands of an experienced potter a mug or bowl seems to
grow very easily.

Our tutor explained the various stages and showed us various ways the pot might go wrong and how to try to avoid these problems. Then it was up to us to slam down our own lumps of clay (slamming is important to avoid your clay just spinning off) and give it a go.

When I am teaching people to knit or bead, I often talk about how we learn from mistakes and that practice is important so that we learn how a material behaves. This is certainly true when it comes to a lump of clay on the wheel. As you practice and the clay doesn't always do what you expect you start to get some feel for controlling it. If only a little in the time available. I also managed to wear as much clay as I threw.

Over the practice time I managed to produce two pot-like objects which are now going to be fired. 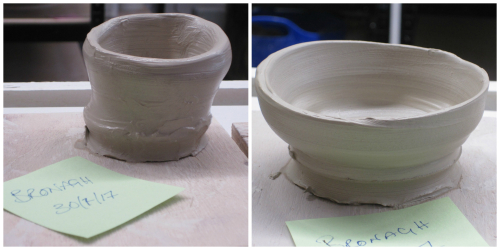 In the second half of the class we learned about different ways of moulding pots and plates - pinch pots, using coils and moulds, and building walls. We also had a chance to work with coloured slip.

My two pots and my plate will be fired in the next couple of weeks and I will very excited to see the results.