Why magazine covers mean so much to me

Those who follow me on social media may notice that I continue to be excited whenever one of my designs appears in a knitting magazine. I came to designing - well designing in a public and business way - later in life than many and as a designer I feel I am a mere infant. As a result every time someone understands and appreciates what I am trying to achieve, it is another milestone.

In part this is what makes a design of mine appearing on a cover special. But it is more than that. For a long time I was a magazine editor. Not in the knitting arena but when it comes to covers that doesn't matter. Any editor working on any magazine - whether that be news stand, subscription or arriving due to your profession on any subject, engineering, healthcare, photography, fashion or craft to name a few - will tell you how important the cover is.

Your cover is what makes people take your magazine off the shelf in the newsagent or open it when it lands on their desk. If your cover doesn't work, it may mean that all the other content you've worked so hard on goes unseen.

Every cover involves thought and collaboration. The editor, designer and others may come up with several versions before the right one emerges. Illustrations and photo shoots are planned with suggestions of what might work on the cover. It also requires a knowledge of your audience and what attracts them.

So when this happens... 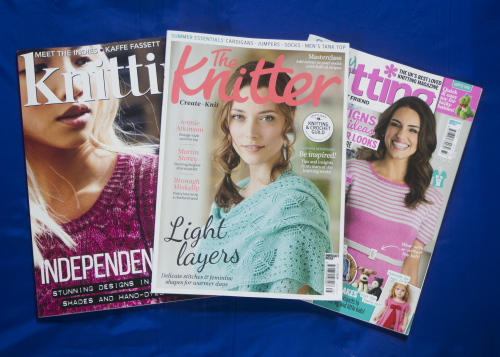 ... and three of my pieces are on covers simultaneously I feel particularly grateful.

This means that my idea and execution, the styling, the photographer's and editor's vision and so much more have come together to create something the magazine team will really resonate with their readers.

And for completeness the pink and cream striped vintage jumper in Simply Knitting is in Yarn Stories Fine Merino 4-ply, Aza, the raspberry sleeveless top from Knitting, uses The Knitting Goddess's One Farm Yarn and the light green Cobwebs in the Rain wrap on The Knitter is in Jamieson and Smith's 2ply lace.Without the right yarn none of it would work.

On the other hand I had a tough 2015 full of bereavement and health issues for me and others. I ended that year tired, drained and in need of some change in my life.

For someone who is a freelancer, one of the problems of making changes is that the need to earn can take up all the time that you would require to find new ways of living and working. At the beginning of 2016 my working was divided between writing and creating social media content, and tech editing/pattern writing with the odd bit of teaching. Designing was something that happened in my down time (when there was some) and although my head was full of ideas, it was mainly for me because I didn't have the confidence to share my final patterns or put many submission in. Putting myself out there felt risky - especially after 2015. 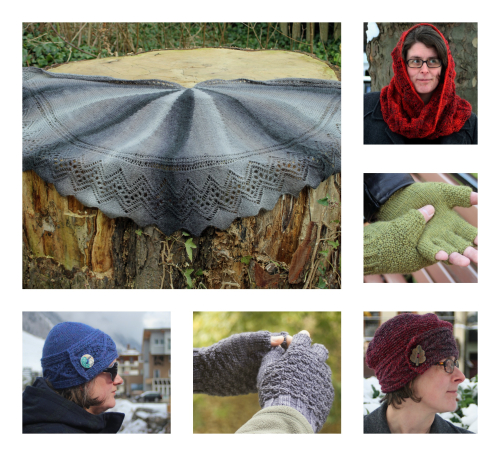 I had published a few patterns by the end of 2015

At the beginning of the year I had one permanent contract for work which on paper accounted for about a bit more than of my time but not necessarily 50+% of my potential income in a month. In reality it tended to take up more time than that which meant I was working well into evenings and weekends and wondering whether I could take on the growing amount of other work I was generating. It also meant I had no time to draw or transcribe pattern motes from the things I was creating - let alone time to experiment or learn. 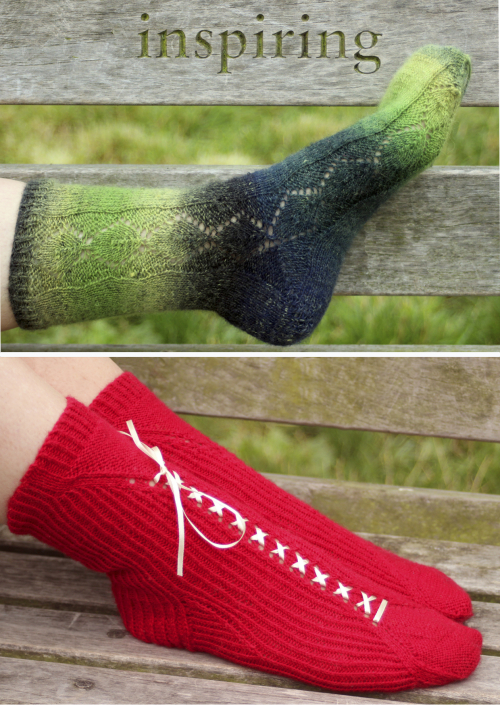 Socks where among the notes needing turned into patterns

And to be honest, it was the least satisfying of everything I was doing. But walking away was a massive risk. That job meant regular income and stability but on the other hand my other work was growing. Yet still I held on. Then I found myself trying to meet one freelance deadline in the lunchbreak from the regular part-time job and that lunchbreak was interrupted because yet more was being added to the role. I stressed, I flailed, I panicked and then I decided to resign from the job.

So then I was able to say yes to the new work I was offered and suddenly had time to work on my design ideas, write up some shawl patterns etc. It also meant I was working entirely from home so I could arrange my working time to suit me, fit in some rehab time from an operation I had had late in 2015 and be creative when inspiration struck.

Of course this didn't mean i was suddenly publishing patterns and submitting design ideas - I hadn't had that much of a confidence injection - but there was plenty of tech editing and writing to be done. And new work to pitch for.

Then risk number 2 happened! This one I owe to Prince.

One the day that the death of the pop legend was announced I was listening to some his music and doodling a shawl with a purple pencil.

The next morning by chance I heard that the editor of Knitting might be interested in "weekend knits" accessory patterns with a Prince theme. So the doodle became a sketch, and a submission with yarn choices and I sent it off. By the end of the day I had a commission for my Purple Rain shawlette. 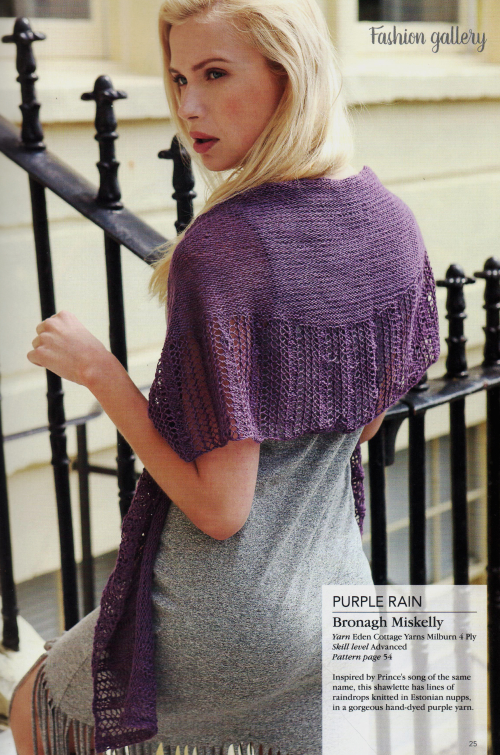 Once I'd made one submission, it was at least a little bit easier to put in more submissions. I also realised I should have been doing this much earlier - the few patterns I had previous released had received good feedback and I'd actually one two knitting design competitions in 2015. And if you don't submit and share your ideas, how are you ever going to get your designs noticed.

So now I've had a series of items in Knitting with more coming up there and in other places, and the good feedback continues. Though I still feel slightly surprised when I see other people knitting my designs.

Despite this I still had lots of finished samples and patterns in various stages of completion so I decided to give myself a little jeopardy and a very definite deadline.

So for risk number 3, I applied for a stall in the Indie Spotlight section of the new Yarnporium yarn show to sell patterns and introduce myself more widely as a designer. This was as much about publishing patterns and standing up to say I really am a designer as selling on the day and even for someone like me with plenty of experience of craft shows, that was a real challenge. But I did it and you can read more about it here. 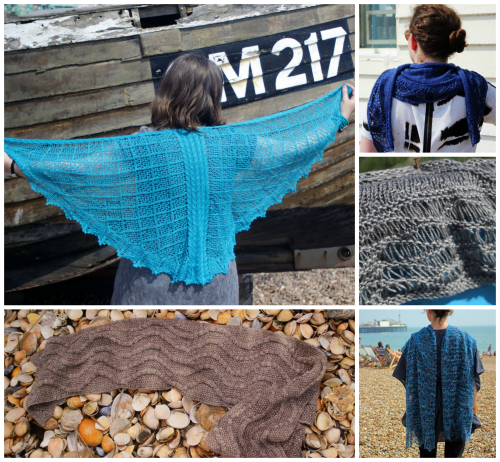 So I will always think of 2016 as a positive year for me. It may have taken a long time but I have achieved something my 10-year-old self really hoped for - I am paid to design clothes.

So going into 2017, my working life now has a three way split: writing and social media. tech editing and pattern writing, and designing. I'm happier, I'm more fulfilled and my belief in following my dreams has been revived. What happens next, who knows?

This used to be an active blog with plenty of updates about projects, making, yarns etc - and then it wasn't.

Part of the reason might have been the amount of blog content I was writing elsewhere, but the main reason was that life happened.

2015 was a tough year. It is one that I will always associate mainly with grief and physical pain.

Which isn't to say that there weren't any highs. There were opportunities to take on new projects that draw on a range of my skills, I won two competitions for knitting design, chances to visit new places and great times with family and friends. 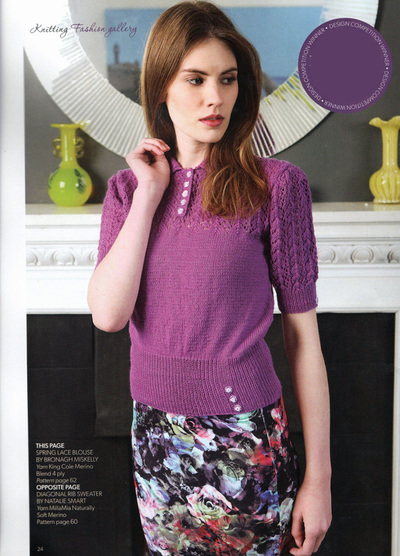 My wining design for Knitting magazine

But grieving and dealing with pain used up a lot of energy and as much as I am by nature a battler, I ran out of steam. So much so that for a while I was finding it hard to pursue opportunities and even to set fingers to keyboard. My head was still buzzing with ideas but I wasn't always getting them out there.

As  result I entered 2016 needing some change and the first quarter of the year has been focused on achieving that.

Some of that has been physical. The start of the year featured a lot of physio and rehab exercise which means I'm in less pain and am more active. Last week I attended my first fencing session in nearly a year. Getting back to those particular pointy sticks was energising and gave me a boost for other activities. 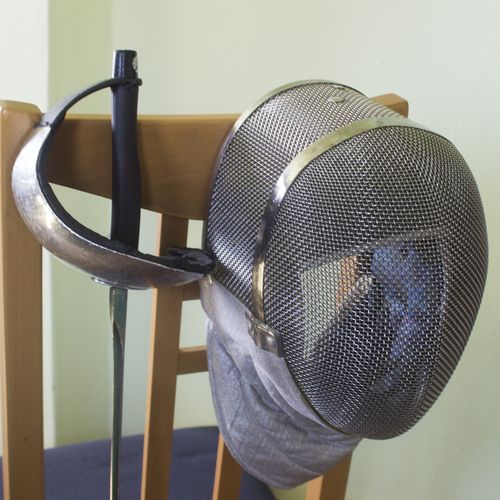 But mainly the change is about my work focus. I have stopped working on something that I was no longer enjoying and which was perhaps stopping me chasing other opportunities - and already I'm replacing that lost income from new projects and expanding existing one.

Although I've laughed at the Japanese idea of decluttering by holding each object in your hand and only keeping those that give you a feeling of joy - it would probably take a life time to go through my clutter - I have been doing something similar mentally in terms of work and goals.

Part of this process is giving time to (and keeping that time) for doing what makes me feel positive lifewise as well as workwise, which means:

Even writing this has made me feel positive so I'm looking forward with new energy and new plans. Roll on the remainder of 2016 and beyond.

Auntie B - an internet knitting whizz

Because I've been a bit quiet on the blog of late (apart from this week) I haven't told you about Auntie B, demon knitter and proto-silver surfer.

She's the sort of lady who has a massive collection of vintage aran patterns, has used the same DPNs almost constantly for 30 years and until recently was more interested in whether internet cafes had good scones rather than good bandwidth. But now she's discovering the joys of Ravelry, downloading patterns and meeting other knitters online

Auntie B is the central character in my new column for Simply Knitting. And I made her up.

But she owes a lot to my real life Auntie Betty, doyenne of the WI and someone who made a impact on everyone she met. I can certainly imagine her doing all the things my character does.

So I hope the column will make people laugh and find out more about all the internet resources there are for knitters - and perhaps get to know Auntie B just a little bit. 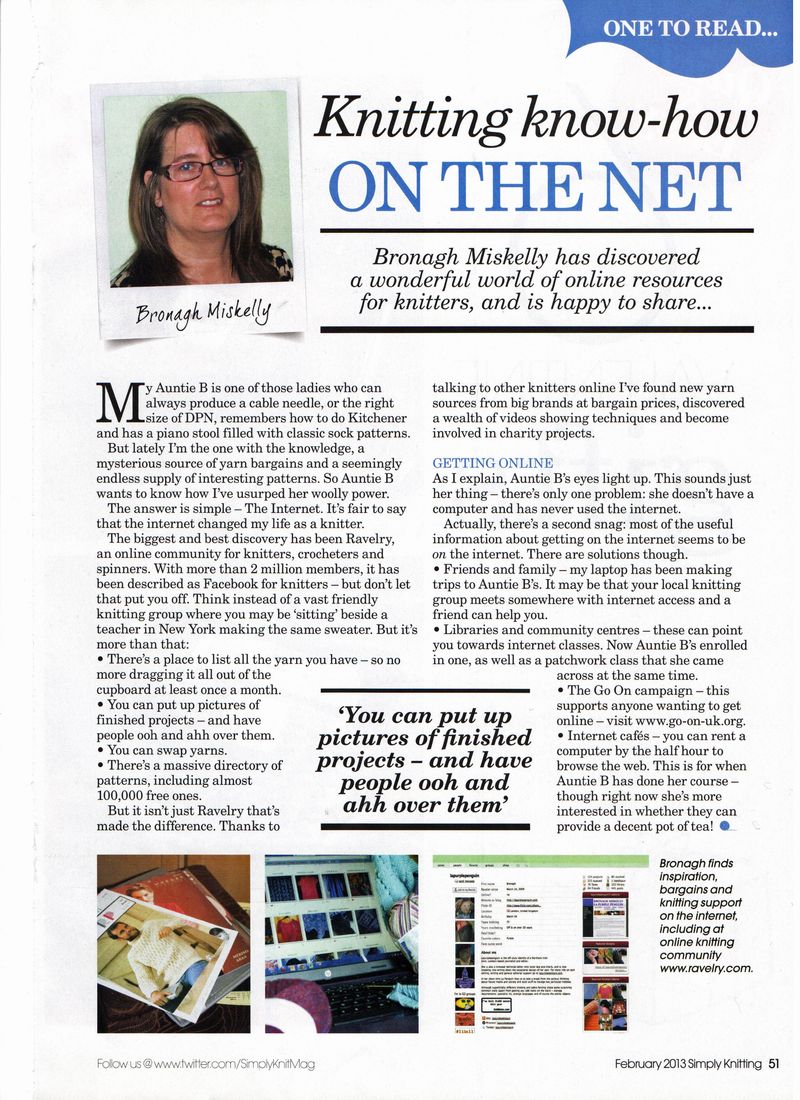